One of the most popular vegetables in Fresh Trends, broccoli continues to draw in new consumers.

The vegetable was the third most popular item that shoppers said they tried last year that they had not eaten previously.

The likelihood of a broccoli purchase increased according to income and age, as was the case last year. Shoppers age 50 and older were among the most likely to buy the cruciferous vegetable overall this year (along with those in the top income bracket). In the meantime, consumers age 18-39 were among the least likely to buy broccoli overall. 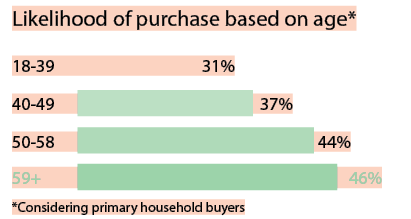 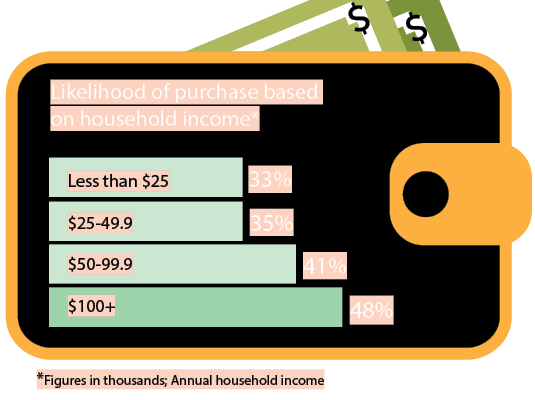 These cruciferous vegetables appeal to consumers across the board, but those in the “other” ethnic group were more likely to buy them this year. African Americans and Hispanic shoppers were among the least likely overall to buy Brussels sprouts.

Families without kids gravitated toward Brussels sprouts more—19% said they made a purchase in the past year—than those without kids, of which 14% said the same. Consumers with one child at home were most likely to make a purchase. 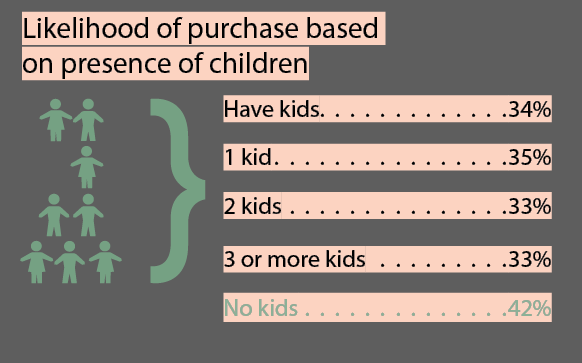 Older consumers are more likely to buy Brussels sprouts than younger shoppers. In fact, those age 59+ were among the most likely overall to make a purchase—a trend that continues from last year. 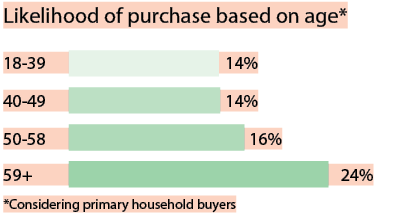