Roma tomatoes averaged 99 cents around the U.S. the week ending Aug. 2, according to the U.S. Department of Agriculture’s National Retail Report for Specialty Crops, which looks at on-ad prices. That’s down considerably from last year’s average of $1.90 at the same time.

According to U.S. Marketing Services data, which samples four retail chains in eight markets across the country, the average per-pound price for romas was $1.54 on July 31. Seven of the 32 retailers surveyed had the product on ad on that date. Walmart in Dallas had the cheapest price overall, at 77 cents per pound, and the retailer also had the cheapest prices in Detroit and New York, at $1.48 and $1.68.

In Atlanta, Kroger had the least expensive price, at 99 cents on ad; Demoulas’ Market Basket in Boston and Fred Meyer in Seattle also had the lowest prices in their cities with the same on-ad price. Jewel had the cheapest price in Chicago, at 79 cents on ad, and Ralphs and Stater Bros. tied for the low price in Los Angeles, both with $1.49.

Find more pricing information for each region below. 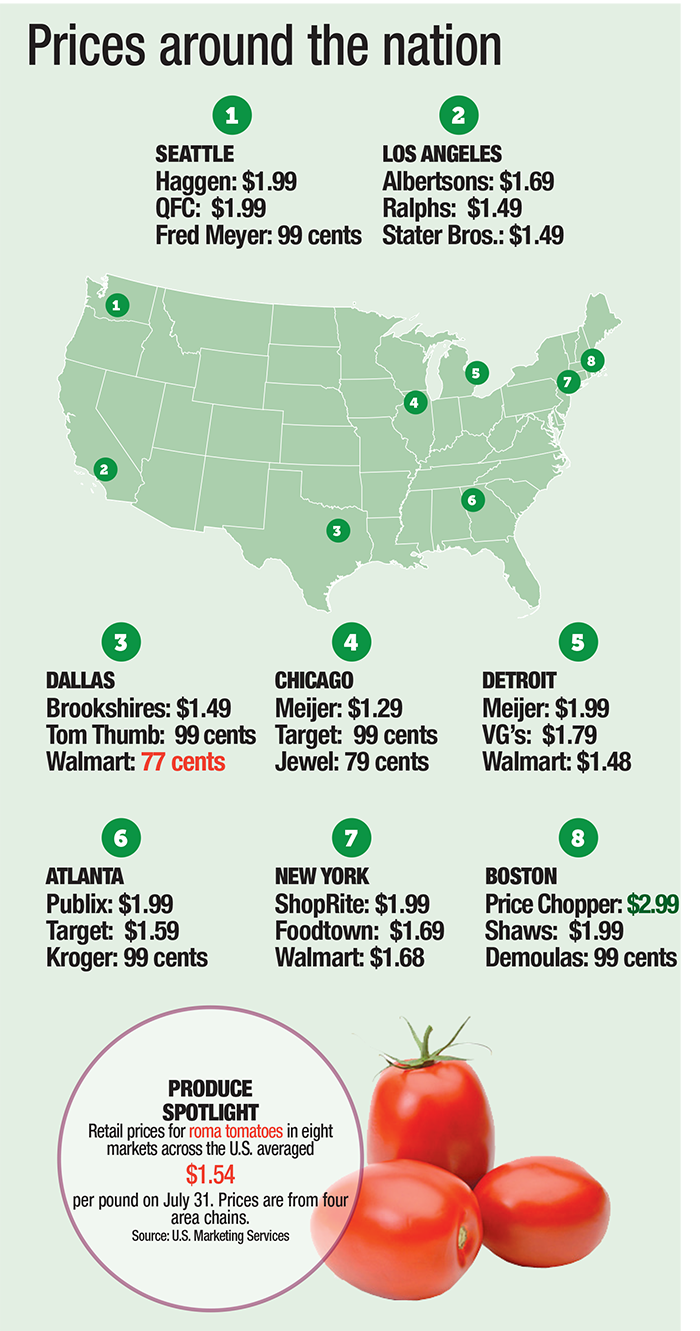 First woman president for NPC in 2020

First woman president for NPC in 2020