Sustainability is the norm for Four Seasons Produce

One is the company’s culture of innovation and penchant for “always looking for ways to do more with less,” said Nelson Longenecker, vice president of business innovation.

Another is Longenecker’s own interest in biology, which goes back to his college days, well before he entered the business world.

Then there’s Randy Groff, Four Seasons’ director of facilities and energy, who Longenecker said “is passionate” about finding facility and equipment options that better serve the company.

Tying together all these things is support from the company’s leadership along with president Jason Hollinger’s belief that a company’s role is “to be a blessing” by leaving the community, the environment and the people it affects better off than they would be without it.

“We take the position that what’s good for the community, the environment and future generations can also be very good for business,” Longenecker said.

“The lasting sustainable efforts are the ones that pay for themselves,” he said.

The company recently learned that some of its energy-reduction efforts are going to pay the firm back to the tune of six figures in terms of a lower energy bill, he said.

“Companies that stay focused on these sorts of things actually can become more competitive than those that don’t,” Longenecker said.

The more than two dozen energy-efficiency projects the company has implemented since 2006 have cost thousands of dollars, but many returned their investment in two years or less.

Four Seasons’ first energy-efficiency project was changing the lighting in the warehouse. The company now is 100% LED inside and out.

Added a variable frequency drive to one of its four hybrid refrigeration system compressors, allowing one compressor to ramp up and down during the day rather than running 24/7;

Changed the schedule for defrosting evaporators to run heaters at staggered times of the day at a lower temperature and for shorter periods of time; and

Installed an array of 3,900 solar panels on the company’s warehouse roof.

The solar panel array, which Longenecker said will pay for itself in less than three years, produces 1.3 megawatts of energy during peak daylight hours, providing one-sixth of the power used per year by the company’s warehouse and headquarters offices.

By striving for sustainability, the company has reduced energy by 58% per case it ships, reduced electricity by 17% and cut gas use by 56% from their respective peaks, according to a case study published on the Produce Marketing Association’s website.

The company has reduced waste per case shipped by 80% and has achieved an 88% waste diversion rate.

No one person is responsible for coming up with sustainable innovations at Four Seasons.

“We try to get more people thinking about it all the time,” Longenecker said.

“It really is part of who you become.”

To find the latest on sustainable food systems and conservation ag, visit AgWeb.com/ACAM 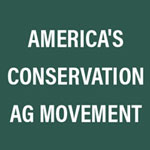