Nothing says summertime quite like watermelon. Make summertime sales soar by giving some marketing attention to this sweet summertime staple.

This melt-in-your-mouth fruit took home the honor of being the No. 4 most popular fruit this year (after a couple of ties).

2019 marks the seventh year that the likelihood of a watermelon purchase increased according to age. In fact, shoppers age 59 and older comprised the group most likely to buy the melon overall, followed by those earning $50,000-$100,000 annually. Convenience can make a difference in watermelon purchases. More than six in 10 buyers (61%) said they purchased a personal-sized (mini) watermelon in the past year.

Last year shoppers in the South were the most likely to buy this sweet fruit when looking at region; this year Westerners were more apt to buy watermelon.

Family size didn’t seem to have much effect on watermelon purchases this year, as both families with kids and those without were equally likely to buy the fruit.
Consumers with two kids in the household comprised the family unit most likely to buy.

African American shoppers and those in the lowest income bracket were the least likely to buy watermelon overall.

One-tenth of buyers said they always purchased organic watermelon, as was the case last year. More than one-quarter of buyers (26%) said they opted for organic melons at least some of the time, a number up two percentage points from Fresh Trends 2018. 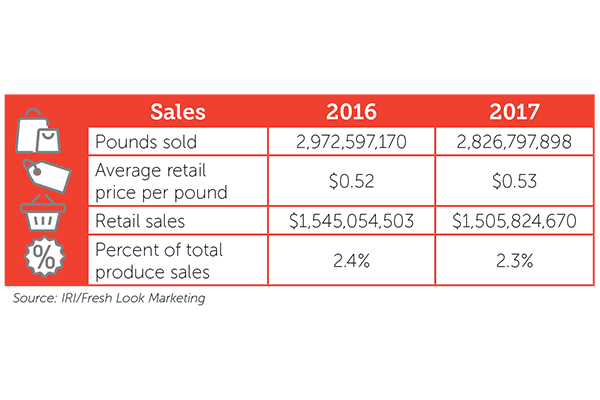 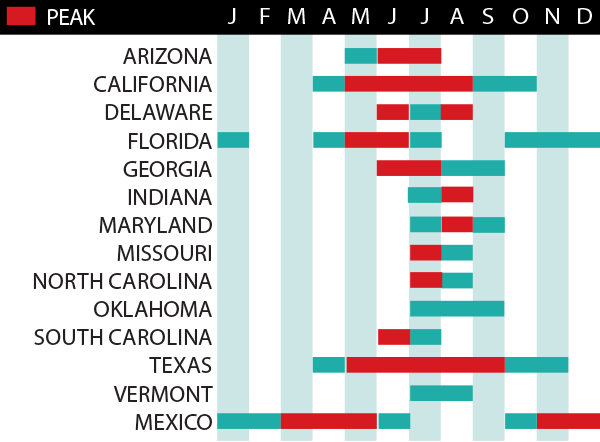