This once rough-around-the-edges industry was, for centuries, a man’s world. It would take a particularly tenacious individual to change the status quo.

The woman in produce who defines women in produce got her start nearly two decades after female laborers started to infiltrate the American workforce during World War II. The now 96-year-old marketing maven—affectionately dubbed the “queen of specialties”—simply wanted a job with a schedule that would allow her to care for her infant daughter. Frieda Caplan started as a clerk in 1957 at Giumarra Bros. in Los Angeles.

“I was never aware at that time (1950s-1960s) of how unusual it was that I was a woman in business,” says Caplan, founder of Frieda’s Specialty Produce Inc. “I never had a problem with the men on the market at all; once they got over the fact that I was a woman and they learned they could make money on the items I was selling, I had no problems,” she said in the 2015 documentary film about her life called “Fear No Fruit.”

But it wasn’t her gender that made Frieda successful. It was her drive and innate marketing skill of making weird things “cool” that got produce buyers talking. In 1962, Frieda opened her own business on the Los Angeles Wholesale Produce Market, becoming the first woman in the U.S. to own and run a produce company on the all-male market. She introduced the Chinese gooseberry—which she successfully renamed “kiwifruit” in the U.S.—that year and built a business based around specialty produce items.

A standout in the industry, Caplan was the first woman to receive The Packer’s “Produce Man of the Year” award in 1979, which she reportedly handed back to the organizer. The award was soon renamed “The Produce Marketer of the Year.”

So, was it challenging being a woman in a man’s world? Undoubtedly. The long-standing women in produce just didn’t always see it as such.

“I was raised by a woman who did not see obstacles, so I didn’t see obstacles,” says Karen Caplan, Frieda’s oldest daughter and president of Frieda’s Specialty Produce, who’s been selling fresh produce for more than 40 years. “I literally didn’t know that I was unusual.” From a young age, she viewed challenges as opportunities. “If I can’t go through that door—if no one was buying horned melons—I’d just try another approach.”

In the early days of women in produce, those who managed to be successful seemed to accept the challenge almost without thinking.

“I think when I got into it, I didn’t think it was hard,” says 30-year industry marketer Cindy Jewell, vice president of marketing for California Giant Berry Farms. “I’m so used to being the only woman in the room, I don’t think about it.

Although, when I was younger and not in a management position, I was always the one asked to take notes,” she remembers. “I think it’s harder to be taken seriously sometimes.”

In the produce industry, Karen Caplan says she never really experienced a lack of respect. But she did recall one time at a convention in Texas where a tortilla salesman didn’t take her seriously. “He didn’t know who I was or my products,” she says. After repeatedly trying to engage the gentleman, Caplan stepped up her game. “The only way I could get him to pay attention to me was … I swore, and then I recounted a story of firing someone. Then, all of the sudden, he paid attention. It was like, ‘Oh, OK, you really are a president/CEO.’”

Caplan’s daughter Alex Berkley, Frieda’s director of sales, recognizes the advantages of being the third generation of women in produce.

“I’m pretty grateful I came into the business during a time when there was a push to get more women in the industry,” Berkley says. “I’ve always been part of a family where all the women worked and have a different perspective than others. I’m grateful for growing up around powerful, confident, successful women.”

Longtime produce industry leader Tonya Antle grew up on a farm, but even that wasn’t enough to automatically bring her clout as a woman in produce.

“Initially, I had to tell my back story to give myself the street credit—I had to create credibility for myself,” Antle says. She’d usually start out talking about her first job at age 10 driving a tractor—to the response of “Oh, you’re a farm girl!”—and build from there.

Hard work in the produce industry is a given. But female colleagues in the business seem to possess a tenacity, a determination that fuels them.

“I felt like at times that I wasn’t sure if a guy a would do the job the way I would do it. I would work longer hours, be more careful, be more prepared, be more conscientious,” says Karin Gardner, director of corporate communications at The Oppenheimer Group. “And I would watch my male colleges come in and wing it, and be fine,” Gardner says.

“I put in more effort, but it really paid off.”

Those skills translated into bringing Gardner more opportunities. “Being young and having to prove myself helped in other areas of my life,” says the nearly 30-year produce industry expert. Gardner felt like she was asked to take part in various industry task forces because she was prepared and known for being a hard worker.

“There is an enormous amount of studies out there that say women have to work harder and study harder, and do double the work of men. I totally agree with that,” says Julie Escobar, vice president of Sun World International, who’s been in the industry more than 20 years. She also notes that cultural nuances shape the way the gender is received sometimes. Women are perceived differently in Latin America than in the U.S. and differently, too, in Asia, she notes. “I had to develop a very strong personality to be able to be seen and have a strong voice.” 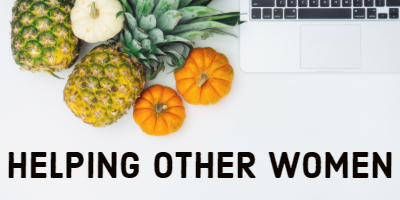 U.S. imports of both fruits and vegetables up in 2019, USDA reports

TQL rises on Best Companies to Work For list

U.S. imports of both fruits and vegetables up in 2019, USDA reports

TQL rises on Best Companies to Work For list