Bell peppers account for more than $1 billion in retail sales, making them an important piece of your produce mix. Introduce new serving ideas to your consumers to move more peppers out the door.

Although more than half of consumers said they bought peppers in the past year, the vegetable tied with broccoli as the No. 3 item that shoppers said they were buying now that they did not buy previously. (Last year peppers ranked as the No. 2 item in this same category.)

While shoppers in the Northeast tied as the top spot for regional purchases, last year.

Northeasterners were the least likely to buy peppers when it came to region. Caucasian consumers were more likely to buy this veggie than those of other ethnic origins.

As was the case last year, the youngest shoppers (age 18-39) were among the least likely to buy peppers. Consumers age 59+ were the most likely to buy the colorful vegetable overall, followed by those earning more than $100,000 annually. The likelihood of a pepper purchase increased according to income.

Bell peppers were the No. 3 item that consumers purchased as conventionally grown (after onions and cantaloupe). One-tenth of buyers said they always purchased organic peppers, a number up one percentage point from last year. More than one-quarter of buyers (26%) said they bought organic peppers at least some of the time. 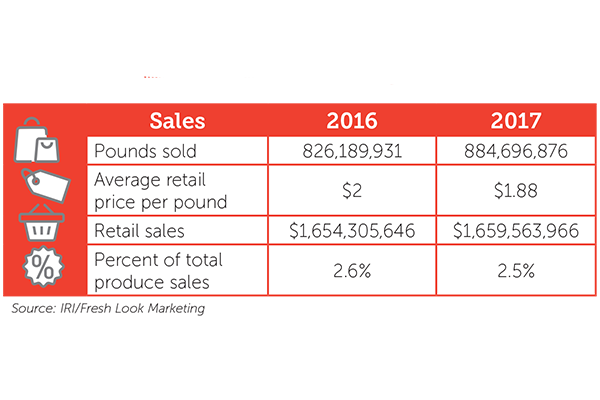 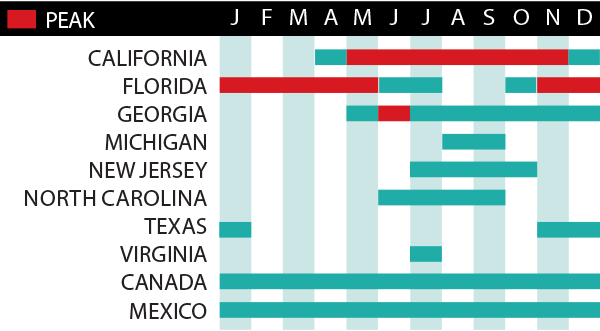