Zucchini squash averaged $1.20 per pound around the U.S. the week ending July 19, according to the U.S. Department of Agriculture's National Retail Report for Specialty Crops. The vegetable saw a drop from year-ago prices of $1.65 per pound.

According to U.S. Marketing Services data, which samples four retail chains in eight markets across the country, the average per-pound price for zucchini was $1.54, 34 cents higher than the USDA's average. Walmart had the cheapest price overall, at 98 cents in Chicago, but Kroger came in a close second at 99 cents in Dallas and Atlanta.

Find more pricing information for each region below. 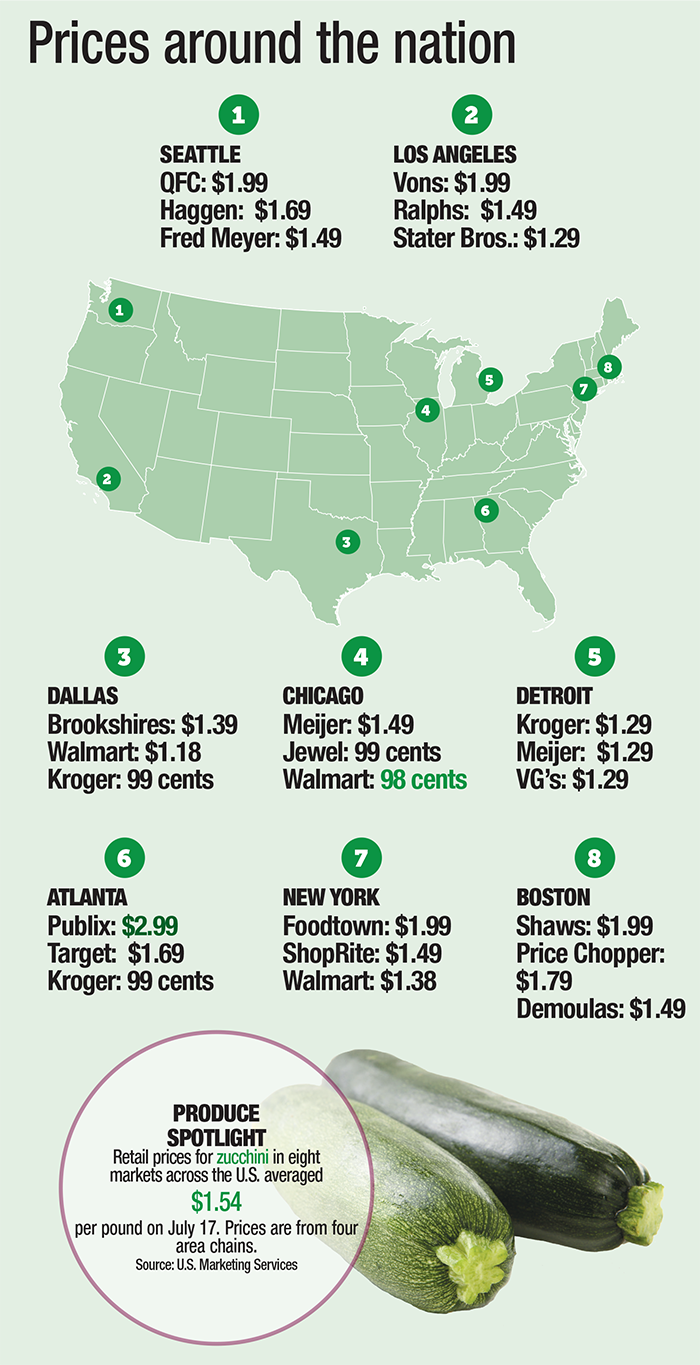